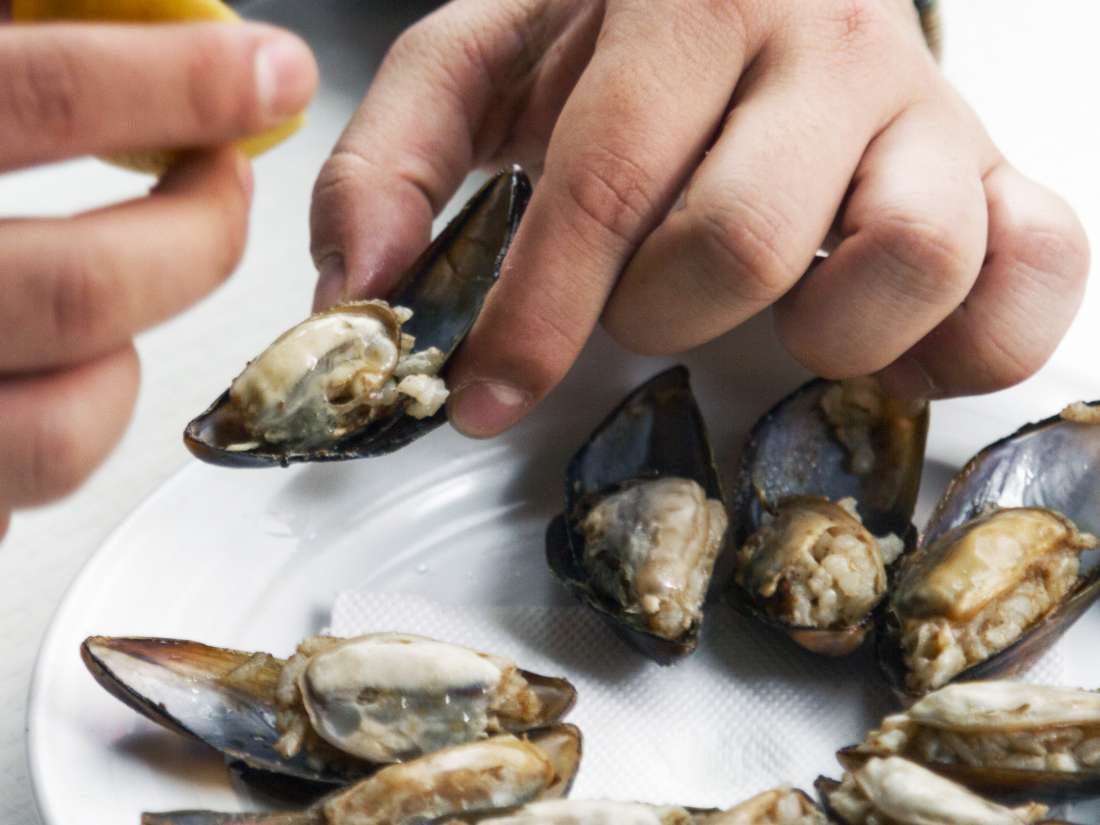 The main symptoms of a shellfish allergy vary, but they can include vomiting, diarrhea, stomach pain, shortness of breath, coughing, chest pain, and swelling of the face, lips, tongue, or throat.

These symptoms can occur within minutes of ingesting shellfish, but they may sometimes not appear for several hours.

There are two different types of shellfish:

The doctor may recommend that people with any type of shellfish allergy avoid all shellfish due to the risk of cross-contamination or the development of new allergies.

The symptoms of a shellfish allergy may include:

The symptoms of a shellfish allergy can vary among individuals and from one reaction to another. Sometimes, a reaction can be very mild and short, and other times, it can be more severe and last longer.

Reactions tend to worsen over time.

Babies and children will experience the same allergy signs and symptoms as adults.

It is important to recognize that a young child may not be able to verbalize what they are experiencing. Parents and caregivers will need to look for hives and signs that the baby is struggling to breathe.

These signs may include the skin and muscles around the ribs pulling in when the baby takes a breath or the skin around the lips and nail beds turning blue.

A very severe allergy can trigger anaphylaxis, which is a severe, life-threatening reaction that involves multiple body systems.

This reaction can occur within minutes or even seconds of exposure to shellfish. It can become severe very quickly and can also be deadly without prompt treatment.

Signs of anaphylaxis include:

People who have serious symptoms, such as shortness of breath, wheezing, or swelling of the throat, and those with symptoms affecting two different body systems, such as hives and a stomachache, should immediately seek emergency care. If they have a prescription for epinephrine, they should also administer this drug.

It is still essential to seek emergency care after administering the epinephrine. Quite often, a second round of severe symptoms, which people call a biphasic reaction, will occur several hours later. 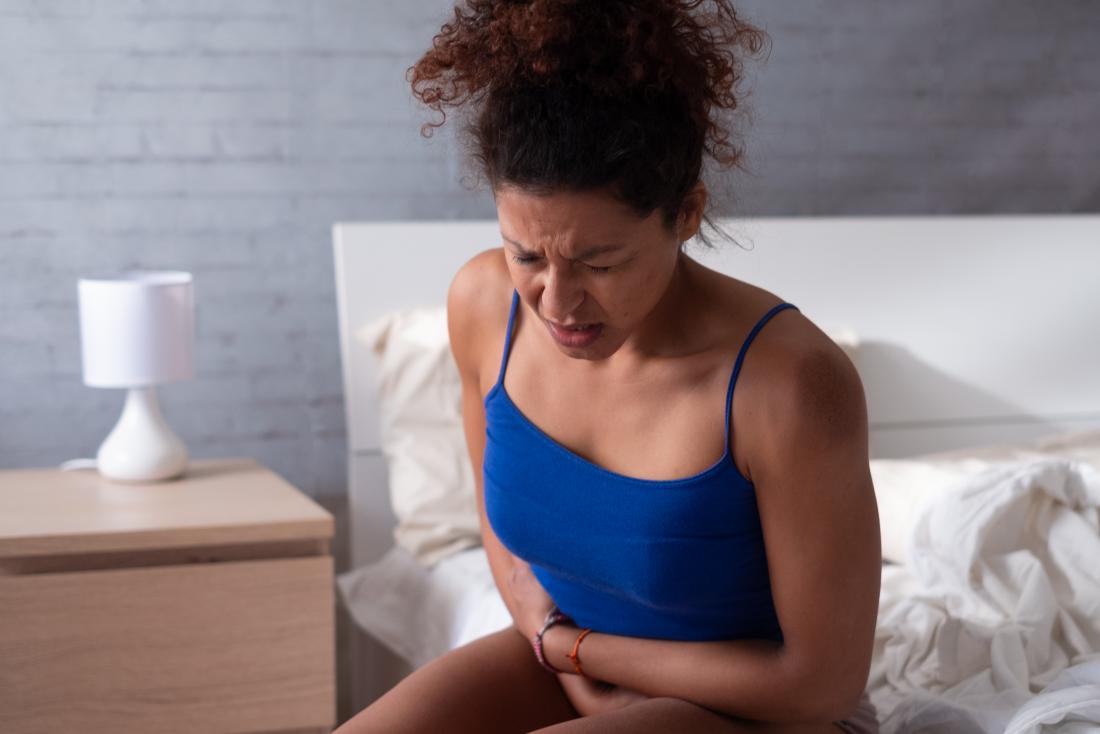 During an allergic reaction to shellfish, the body’s immune system reacts to the proteins present in the fish.

Shellfish allergies occur when the body’s immune system reacts against the proteins present in these animals.

When someone with an allergy has exposure to the protein, the immune system goes into overdrive and tries to fight off the foreign invader.

Part of this reaction involves the release of histamine, which is a chemical that causes the symptoms of the allergy.

For this reason, antihistamines can be effective against allergic reactions.

If a doctor suspects that a person may have a shellfish allergy, they are likely to refer them to an allergist for further diagnostic testing. If these tests confirm the presence of an allergy, the only treatment is to avoid shellfish altogether.

Doctors may prescribe people who have a serious allergy with an epinephrine auto-injector to carry with them.

In the event of exposure or a serious reaction, every second counts. Administering epinephrine at an early stage of the reaction can help prevent it from becoming worse and potentially deadly.

Caring for a shellfish allergy at home

There are no home remedies for a shellfish allergy, but being under the care of a doctor or seeking emergency care after exposure is essential.

However, people can often manage a shellfish allergy by learning how to read nutritional labels to avoid the allergen.

While food producers must include an allergen statement on foods containing crustacean shellfish, the same is not true of mollusks. However, people can find this information in the ingredients list instead.

When going out to eat, it is very important to let the host or restaurant staff know about a food allergy beforehand as there may be a potential risk of cross-contamination of food dishes or cooking materials.

Someone with a severe allergy may even need to stay away from the fumes or vapors that can come out of a kitchen where people are preparing shellfish dishes.

People should not hesitate to let the waitstaff know if that is a potential trigger for an allergic reaction.

People can find shellfish ingredients in items other than food, including some nutritional supplements, pet foods, fertilizers, and cosmetic products.

Anyone with concerns about a specific product can try calling the company phone number to get detailed information about the ingredients. 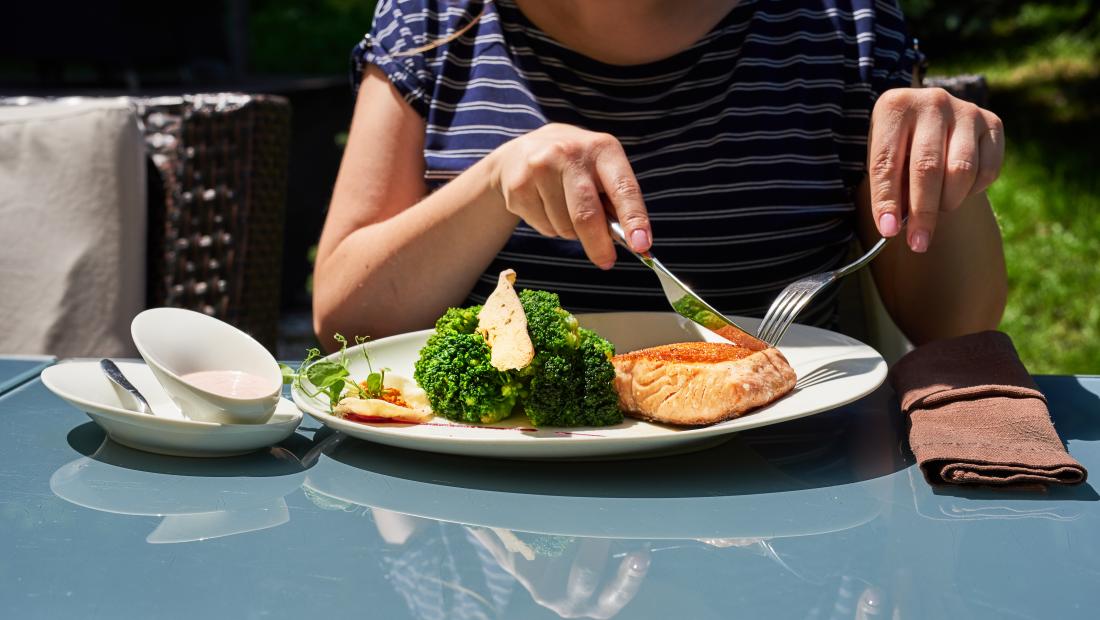 Many people with a shellfish allergy are still able to eat other types of seafood.

Shellfish allergies are among the most common food allergies. A study that recruited more than 40,000 participants from the United States reported that about 2.9% of them were living with a shellfish allergy.

What is unique about a shellfish allergy is that although it can occur in people of any age, it tends to develop in adulthood rather than childhood. Once they have developed, shellfish allergies tend to be lifelong.

It is important to recognize that having a shellfish allergy is different than having a seafood or fish allergy. Many people who are allergic to shellfish are still able to eat finned fish because they are not the same biologically.

It can sometimes seem challenging to live with a food allergy. However, thanks to improved labeling practices and a greater awareness of food allergies, it is now easier to manage an allergy than it has been previously.

It is important for people to be aware of the symptoms of an allergic reaction, even those who have not reacted to shellfish or other foods before.

An allergy can worsen over time, so anyone who reacts to shellfish should check in with their doctor for further evaluation and testing.