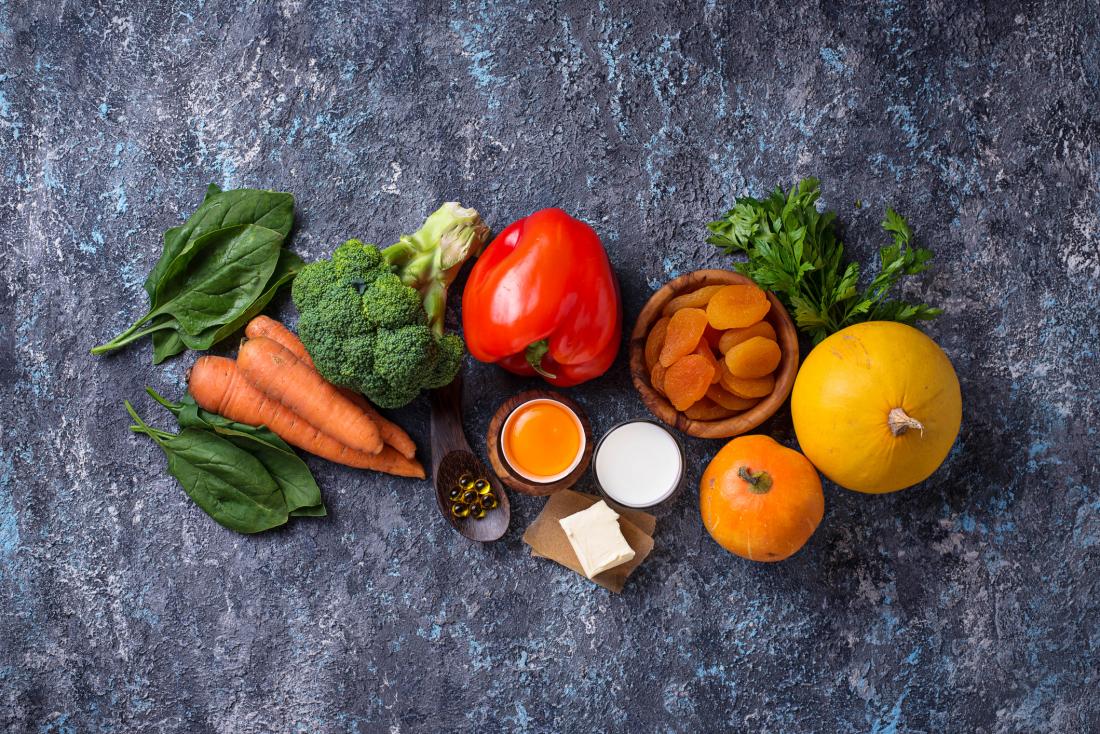 Vitamin A is a nutrient that is essential for maintaining good health, but could consuming it help lower the risk of skin cancer?

A balanced diet requires, among other things, an appropriate intake of vitamins that are essential for health.

One vitamin that humans need in order to stay healthy is vitamin A, which supports growth and development, as well as eye health, reproductive health, and skin health.

Vitamin A is present in animal products, such as eggs and chicken, turkey, or beef liver. Animal-origin vitamin A is called retinol.

Though research has shown that vitamin A can help keep skin young and supple, it has remained unclear whether the vitamin can provide any further benefits for skin health.

Now, a study — from the Warren Alpert Medical School and the Brown School of Public Health, in Providence, RI, Harvard Medical School, in Boston, MA, and Inje University, in Seoul, South Korea — has investigated whether vitamin A intake could influence the risk of cutaneous squamous cell carcinoma, one of the most common forms of skin cancer. The findings appear in the journal JAMA Dermatology.

Vitamin A from produce may lower risk

According to the nonprofit organization and advocacy group Skin Cancer Foundation, “Squamous cell carcinoma is the second most common form of skin cancer,” with doctors diagnosing over 1 million new cases each year in the United States alone.

Because this form of cancer is so common, it is important to find better preventive strategies to lower people’s risk of developing it.

In the current study — the first author of which is Dr. Jongwoo Kim — the researchers tried to find out whether there is any association between the intake of vitamin A and carotenoids and a lower risk of cutaneous squamous cell carcinoma.

Over a follow-up period of more than 26 years, the researchers documented a total of 3,978 skin cancer cases among participants in both of these study groups.

The researchers were also able to find out information regarding the participants’ intake of vitamin A thanks to detailed surveys that the participants in the two study groups had filled out once every 4 years, approximately.

Based on their analysis, the researchers found that participants who were on the higher end of the spectrum, in terms of vitamin A intake, seemed to have a lower risk of cutaneous squamous cell carcinoma.

“In this large prospective study of U.S. women and men, we found that higher intake of total vitamin A, retinol, and several individual carotenoids, including beta cryptoxanthin, lycopene, and lutein and zeaxanthin was associated with lower risk of [squamous cell carcinoma],” the investigators write in their study paper.

Most of the vitamin A in these cases came from food sources, especially vegetables, not from dietary supplements, the researchers add.

While the researchers note that their findings are a good start, in terms of understanding whether dietary factors may influence the risk of skin cancer, they also admit that the study faced some limitations.

In particular, the authors cite “the homogeneity of the study population,” which was made up almost exclusively of educated, white healthcare professionals. They say that for a more inclusive study with more generalizable results, researchers should look at a more diverse population.

“However,” the study authors write, “the variation of vitamin A intake was good [among the study cohorts],” adding that “Skin cancer is not common in nonwhite individuals.”

Despite any potential drawbacks in the study methodology, the researchers conclude that their findings, so far, support the notion that having an adequate intake of vitamin A could help prevent the development of skin cancer:

What is the Brachial Plexus?
Can online classes help with teenagers’ mental health?
Stroke: Smoking both traditional and e-cigarettes may raise risk
Aggressive melanoma: Circular RNA explains spread
20 causes of numbness in the hands