People with cystic fibrosis (CF) usually receive a diagnosis in early childhood. More than 30,000 children and young adults in the United States are currently living with the condition.

CF can cause various complications, including chronic lung infections, nutritional deficiencies, and infertility. Although there is no cure, treatment can improve a child’s quality of life and extend their lifespan.

In this article, we outline the causes and symptoms of CF and describe the procedures that doctors use to diagnose and monitor the condition. We also provide information on the various treatments for CF.

Cystic fibrosis occurs as a result of a mutation in a specific gene called the cystic fibrosis transmembrane conductance regulator (CFTR) gene. Researchers have identified more than 1,000 different mutations that can cause CF, some of which lead to more severe symptoms than others.

If a child is born with CF, it means that both of their parents carry at least one copy of the CF gene. When two carriers — who have just one copy of the gene — have a child, the child has a 25% chance of developing CF.

Those who inherit the CF gene from only one parent will not get the condition. However, they will be a carrier of the gene.

The most significant risk factor for CF is having a family history of the condition. People who are white and of Northern European ancestry are also at increased risk.

Most children with CF display symptoms before their first birthday. The type and severity of symptoms will vary from child to child. Some children may not show signs of CF until they are older.

In some cases, children may have symptoms from birth. For example, newborn babies may have meconium ileus. This bowel obstruction occurs when the infant’s first stool, or “meconium,” is so thick that it blocks their intestines.

Some CF symptoms are more common than others. For example, almost everyone who has CF experiences lung disease.

Additionally, about 90% of children with CF have blockages in the tubes that lead from the pancreas. These blockages can cause nutrient deficiencies and associated issues with physical development. 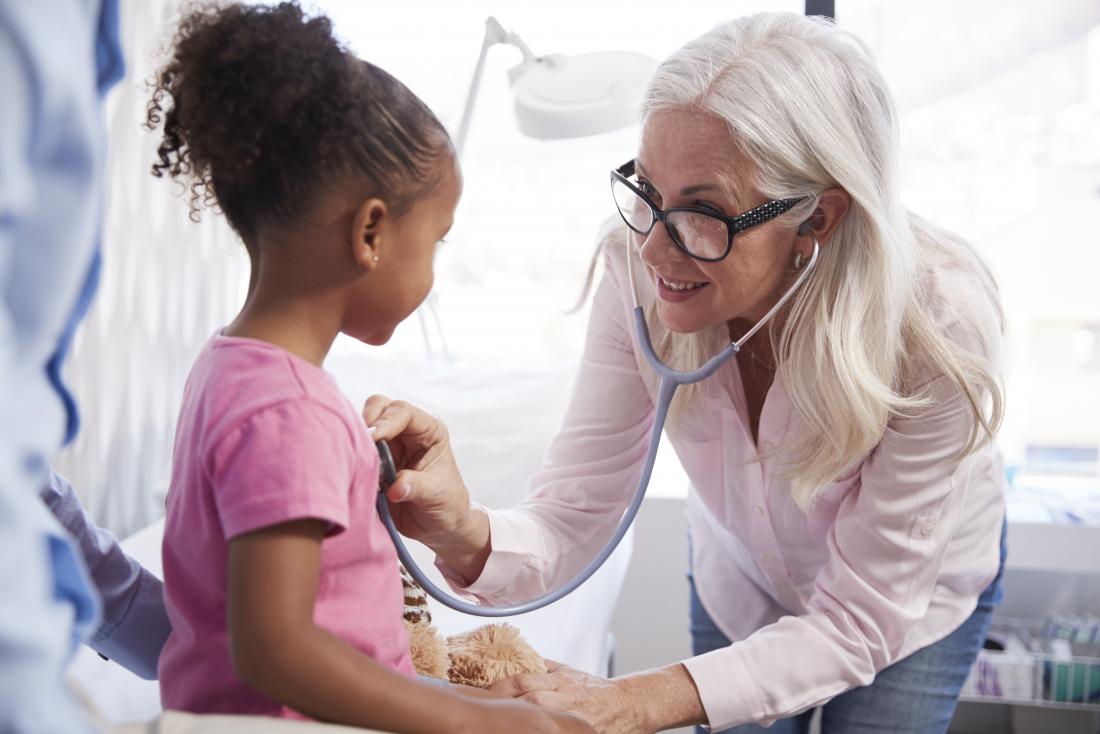 A doctor can conduct a number of tests to diagnose CF.

It is possible to test for cystic fibrosis during pregnancy. However, these genetic tests do not indicate whether a child’s CF symptoms will be mild or severe.

According to the Cystic Fibrosis Foundation, all 50 states in the U.S. and the District of Columbia check for CF during newborn screening. This test usually involves a blood test. If the blood test indicates CF, a doctor will then perform a sweat test.

A sweat test is the standard CF test. It involves analyzing the salt levels in a person’s sweat. Doctors carry out the test twice. If both results show high levels of salt, it suggests that the person has CF. Newborns can have a sweat test once they reach 10 days of age.

Other tests are available to monitor a child’s symptoms and determine the severity of CF. These include:

Treatment for CF aims to reduce symptom severity, prevent complications, and increase lifespan. The most suitable treatment options for a child will depend on the type and severity of their symptoms.

Typically, the parents and caregivers of a child with CF will need to supplement the child’s diet with vitamins, minerals, and digestive enzymes. These measures can help prevent nutrient deficiencies and ensure healthy growth and weight gain.

Other treatment strategies include:

Children with CF are more likely to develop infections. As such, it is important that they receive all of their vaccines on schedule, particularly those for influenza and pneumococcal disease.

Children with CF may receive medications to support lung function and to control and treat infections and inflammation. Some treatment options include:

Chest physical therapy helps people bring up mucus from the lungs. Parents and caregivers of children with CF can gently pat the child’s chest several times daily to loosen the mucus. Doing this makes the mucus easier for the child to cough up. Certain breathing techniques can also be beneficial.

Devices such as an electric chest clapper or a special inflatable vest can also help with mucus removal. However, they are more suitable for use by older children or adults.

Several different types of surgery are available to treat CF, depending on a person’s symptoms.

Some examples of surgical procedures include:

Depending on a child’s symptoms, other medical procedures may be necessary. Some children may need a feeding tube to get extra nutrition while they sleep.

In some instances, a doctor may suction mucus from the airways to ease breathing difficulties.

As CF progresses, oxygen therapy may be necessary. Doctors sometimes recommend inhaling pure oxygen to treat pulmonary hypertension, which can develop in CF. Pulmonary hypertension is the term for high blood pressure that affects the arteries in the lungs. 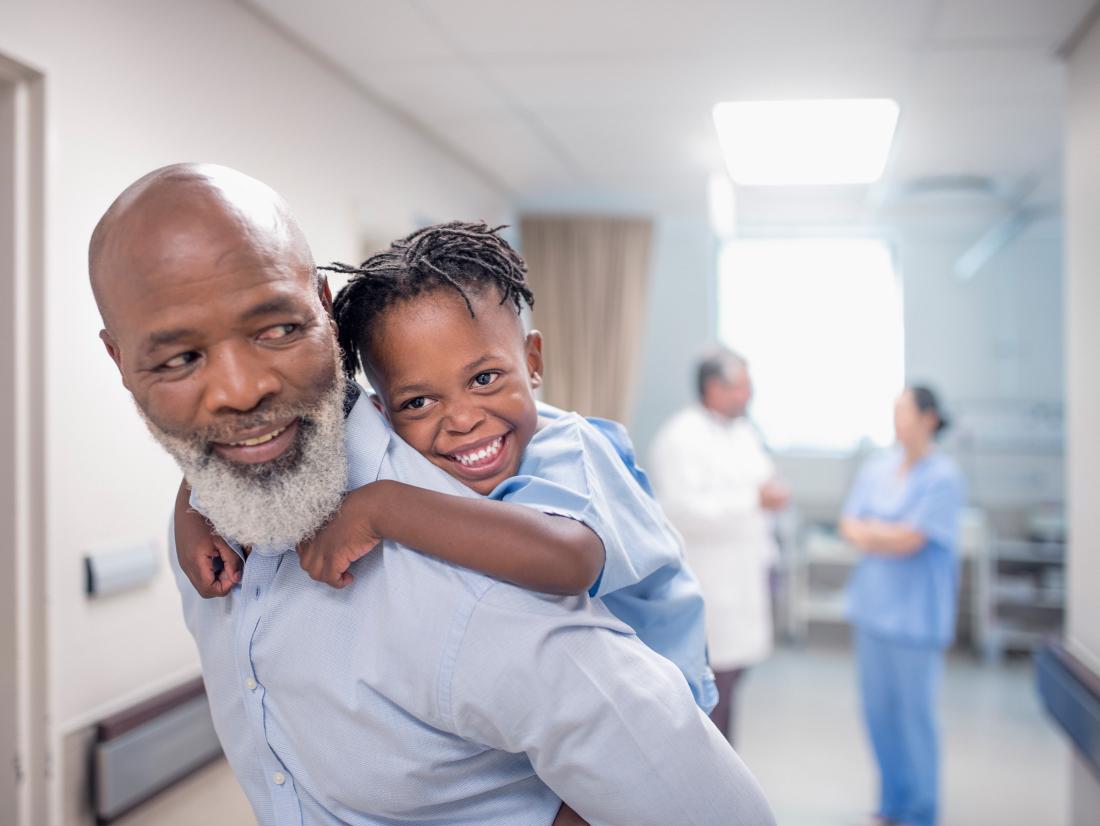 Although there is no cure for cystic fibrosis, people with the condition can now live longer than those in previous decades. New treatments help children live comfortable and fulfilling lives.

Most children can attend school, go on playdates, and participate in physical activities, just like their peers.

Current CF research is exploring ways to slow the progression of the disease. One day, researchers may even discover a cure.

CF is a lifelong condition that causes problems with lung and digestive functions. It also increases the risk of complications, such as diabetes and liver disease.

However, several treatments can help children and adults with CF manage their symptoms and improve their quality of life.

Parents and caregivers of children with CF face unique challenges. Organizations such as the Cystic Fibrosis Foundation can provide them with help and information. There are also many local and online support groups for those with CF and their loved ones.