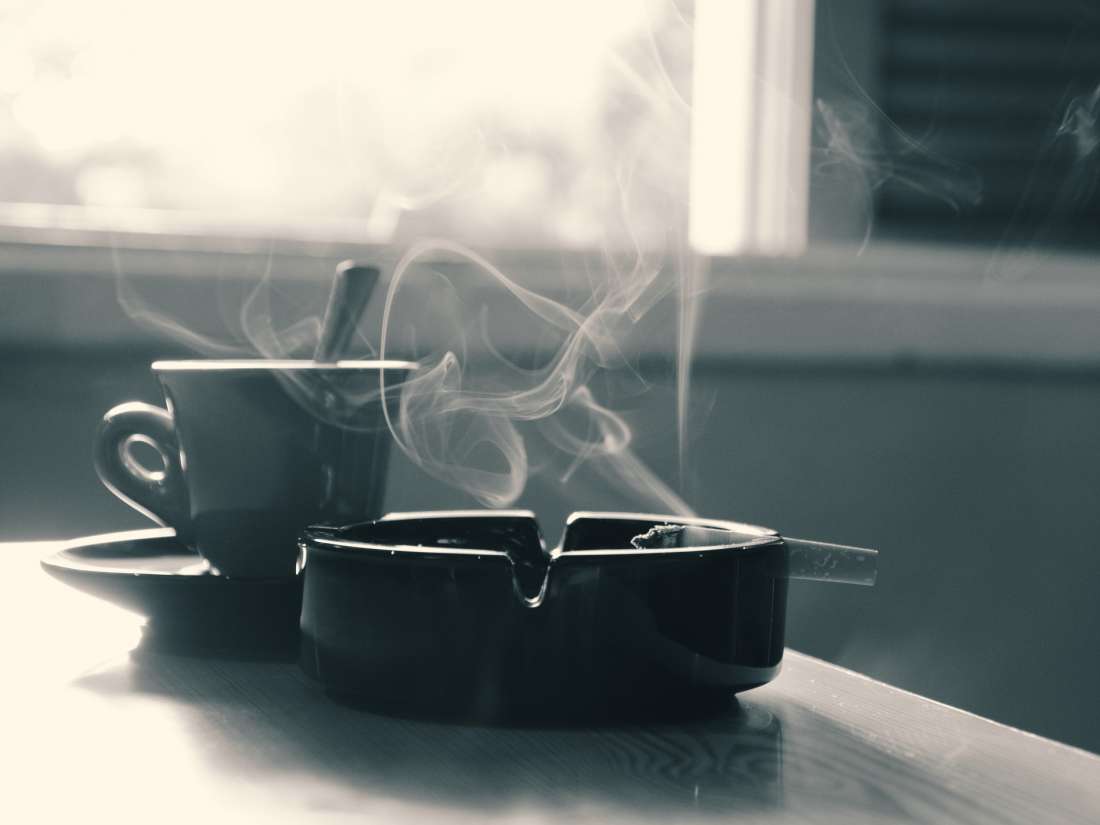 New research analyzes the effect of cigarette smoke on MRSA strains and finds that it makes the bacteria more persistent, more invasive, and more resistant to certain antibiotics.

Smoking is the leading cause of preventable death across the world, with tobacco use, including smoking, being responsible for over 7 million fatalities each year.

In the United States, over 16 million people have a smoking related condition, and tobacco smoking causes 1 in 5 deaths each year.

Researchers and healthcare professionals know that smoking impairs a person’s immune system and the defenses against infections. However, they do not know much about how cigarette smoke affects microbes that live in the nasopharyngeal cavity, in particular.

A new study aims to remedy this gap in research by examining the effect of cigarette smoke on Staphylococcus aureus (S. aureus).

Maisem Laabei, from the Department of Biology & Biochemistry at the University of Bath in the United Kingdom, is the lead author of the new research, which appears in the journal Scientific Reports.

Dr. Laabei explains the motivation for the research, saying, “We wanted to study S. aureus because it’s so common in humans and it can cause a range of diseases, so we wanted to see what happened when we exposed it to smoke.”

S. aureus is part of the nasal microflora of 30–60% of people. The pathogen can cause various infections that can range from minor, such as superficial skin infections, to very severe and potentially fatal, such as pneumonia or endocarditis.

Antibiotic resistant strains of S. aureus are a significant contributor to the microbial resistance public health crisis. Methicillin-resistant S. aureus (MRSA) specifically, causes 94,360 invasive infections each year in the U.S., and about 18,650 people die as a result.

MRSA is a “clonal pathogen,” explain the researchers, and several studies have singled out a few “predominant clones that are responsible for the majority of the global prevalence of MRSA and subsequent disease burden.”

In the new study, Dr. Laabei and colleagues exposed six of the most common strains of MRSA “superbug” clones. They chose the strains based on their clinical relevance and genetic diversity.

Not all strains reacted in the same way to cigarette smoke, but some became more resistant to the antibiotic rifampicin, as well as becoming more invasive, more persistent, and forming more biofilm.

“We expected some effects, but we didn’t anticipate smoke would affect drug resistance to this degree,” comments Laabei.

The researchers put the findings down to the appearance of so-called small colony variants (SCVs) — a “slow-growing subpopulation of bacteria” that adapt to harsher conditions, making them more challenging for doctors to treat.

In other words, cigarette smoke stresses S. aureus, causing it to react by mutating its DNA at a much faster pace than normal. This causes SCVs to emerge.

“These [SCVs] are highly adhesive, invasive, and persistent,” explains Laabei. “They can sit around for a long time, are difficult to kick out, and are linked to chronic infections.”

We hope that our work provides another reason for people not to smoke and for current smokers to quit.

“We recognize that exposure in a lab is different to inhaled smoke over a long time,” continues the lead researcher, “but it seems reasonable to hypothesize, based on our research and others’ that stressful conditions imposed by smoking induce responses in microbial cells leading to adaptation to harsh conditions, with the net effect of increasing virulence and/or potential for infection.”

“Smoking is the leading cause of preventable death worldwide, and cigarette smoke has over 4,800 compounds within it,” emphasizes Laabei.

Botox injections for plantar fasciitis
Flashback Friday: How to Prevent a Stroke
The Metabolic Harms of Night Shifts and Irregular Meals
Are dentists contributing to the overprescribing of opioids?
Anatomy of a Perfect Morning Routine