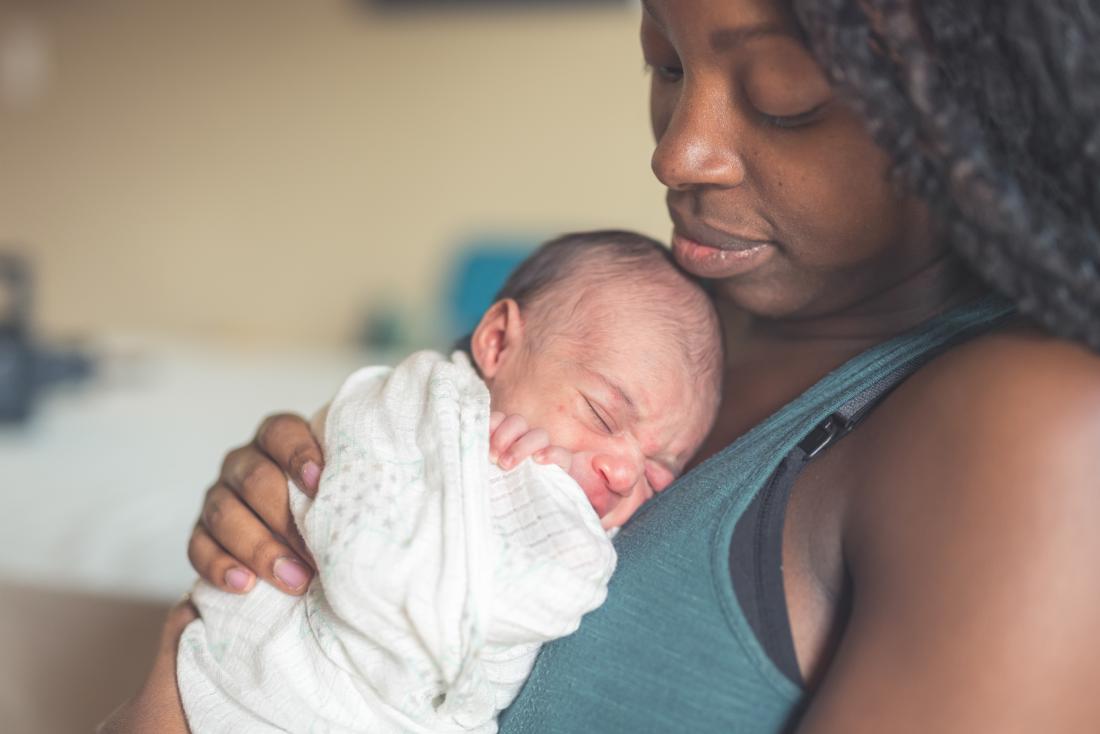 During this recovery time, the woman’s body begins the process of restoring itself to a pre-pregnancy state and prepares for breastfeeding.

In this article, we look at what kind of bleeding to expect after childbirth and when to see a doctor.

There are two types of blood clots that women may experience after childbirth:

While some bleeding and clotting are to be expected, a woman should speak to a doctor about excessive or large clots, unusually heavy bleeding, or any worrisome symptoms.

It is also crucial to know the signs of a dangerous blood clot inside a vein.

Healthy blood can clot or stick together to help prevent excessive bleeding from a cut or an injury.

As the body sheds the placenta after childbirth, blood may pool inside the uterus and form clots. In the first 24 hours, when blood flow is the highest, many women pass one or more large clots.

When a woman is pregnant, her body makes more blood-clotting factors, which help prevent excessive bleeding during childbirth. However, this also puts a woman at higher risk of developing a dangerous blood clot inside a vein.

According to the American Heart Association, a woman’s risk of developing one of these clots is more than 10 times higher than normal in the 6 weeks after giving birth.

Another study shows that this risk may be even up to 22 times higher during this period. The risk of these clots returns to normal after 18 weeks following delivery.

What to expect after birth

The normal discharge of the uterine lining after childbirth is called lochia. It is made up of blood, mucus, other tissue, and some bacteria.

Most women find that their flow of lochia is heaviest in the first 1 to 3 days after birth and gradually gets lighter over the following weeks.

Every woman is different, but most women can expect:

Women should not use tampons or put anything in the vagina for at least 6 weeks after giving birth. Some women may need to wait longer.

Women should typically see their doctor or midwife 4 to 6 weeks after delivery for a checkup. A woman may need to see her doctor sooner if she experienced any complications or had a cesarean delivery.

Signs of a dangerous blood clot 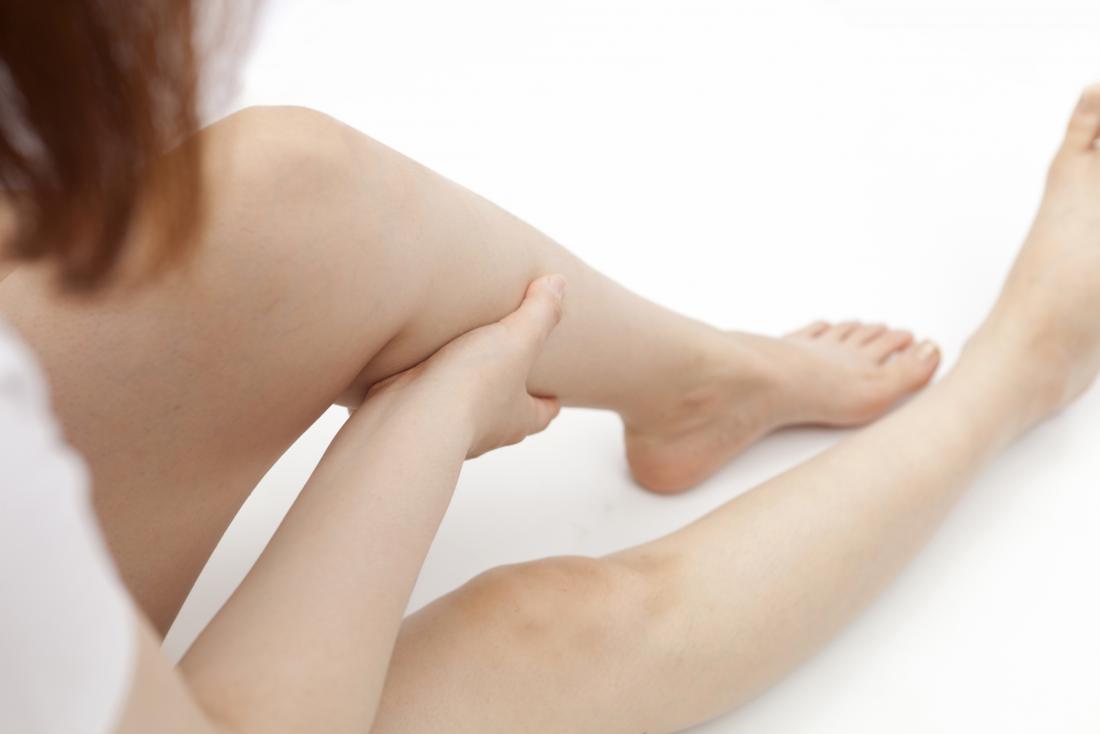 Pregnant women and those who have just given birth are at risk of deep vein thrombosis.

If a blood clot forms inside a vein after childbirth, the body may not be able to dissolve it. Sometimes, this clot can break free inside the vein and travel to the lung, known as a pulmonary embolism.

Much less common is clot formation in the arteries of the heart or brain, which can lead to a heart attack or stroke.

Because a woman has a particularly high risk of developing blood clots in the vein after giving birth, she should be aware of any potential signs that could point to a life-threatening clot.

Signs and symptoms of a dangerous clot include:

Some women are at higher risk of getting one of these clots. Additional risk factors include:

Can blood clots be prevented? 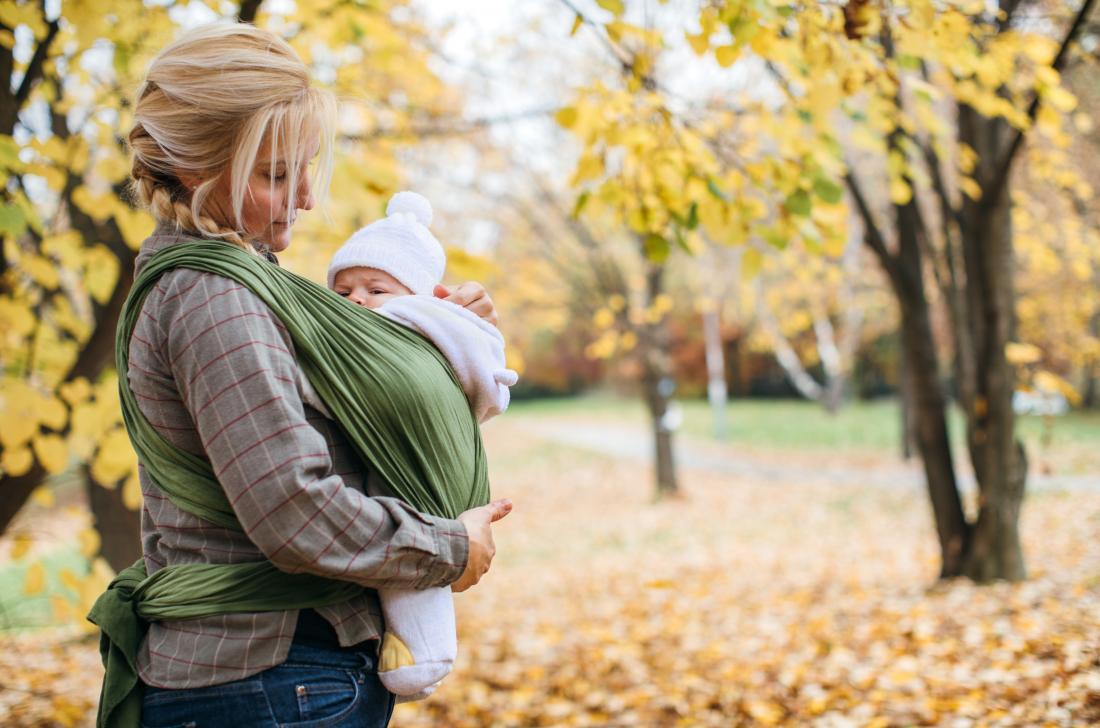 Moving around and exercising when given a doctor’s approval may help prevent blood clots.

Passing some blood clots in the lochia is normal after giving birth and cannot be prevented.

However, there are ways to help prevent complications from life-threatening blood clots inside the body. These include:

Postpartum hemorrhage or excessive bleeding after birth can occur for a variety of reasons. Continued bleeding can lead to severe, life-threatening blood loss.

Postpartum hemorrhage is a significant complication for women giving birth worldwide, though mortality is decreasing over time.

The reasons typically include:

After a woman gives birth, her uterus may be checked regularly by her doctors and nurses to ensure it is contracting and becoming smaller. If the uterus feels soft and floppy, or the woman is bleeding excessively, emergency medical care is needed.

Treatment for postpartum hemorrhage can include:

When to see a doctor

With so many changes happening to a woman’s body after giving birth, it can be hard to know what is normal. Pregnant women should speak with a healthcare professional about what kind of bleeding to expect. They can also discuss any risk factors they might have for developing dangerous internal clots.

In general, any unusual symptoms, excessive or large clots, heavy bleeding, signs of a clot in a vein, and feeling unwell are reasons to speak to a doctor or midwife.