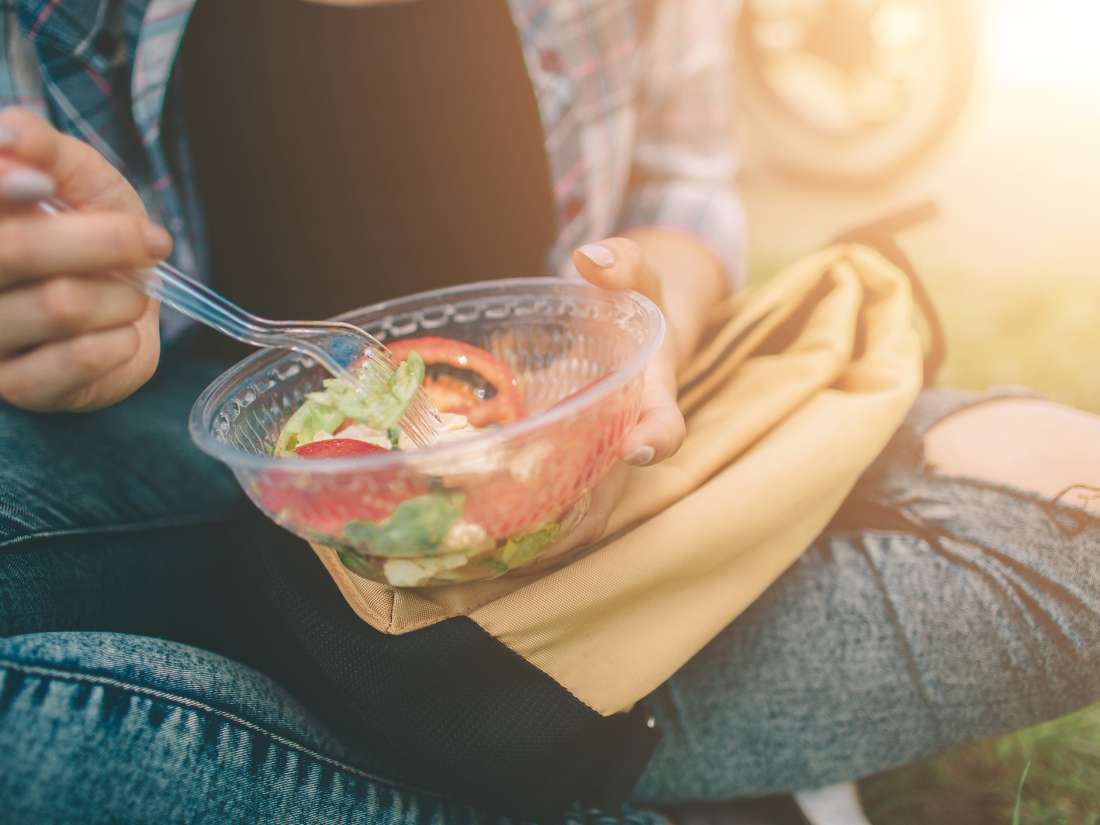 Older studies in rats and mice have found that rodents on a high fat diet develop more tumors than those on a low fat diet.

Some of these studies referred to colorectal cancer in particular, while others showed that high fat diets boosted tumor growth in mouse models of breast cancer.

More recently, studies in humans have suggested that following a low fat dietary plan could improve the health and lifespan of women who have received a diagnosis of breast cancer.

Spurred by this existing research, Ross Prentice, Ph.D. — a member of the Cancer Prevention and Biostatistics programs at the Fred Hutchinson Cancer Research Center, in Seattle, WA — and colleagues at the Women’s Health Initiative (WHI) set out to further examine the benefits of a low fat diet for postmenopausal women.

Specifically, the scientists followed almost 50,000 postmenopausal women over 2 decades, in an effort to determine the effects of a low fat diet on breast cancer, colorectal cancer, and heart disease risk.

Prentice and the team have published their findings in The Journal of Nutrition.

The researchers initially devised the study, called the Dietary Modification Trial, in 1993.

At the time, Prentice and colleagues enrolled 48,835 postmenopausal women living in the United States and assigned 40% of them to a low fat dietary intervention that also aimed for higher intakes of vegetables, fruits, and grains. The other 60% of the participants followed their usual diet.

After a median follow-up period of 8.5 years, the analysis revealed no significant differences between the intervention group and the control group, in terms of colorectal cancer risk, breast cancer risk, or risk of coronary heart disease.

However, after a median follow-up of 19.6 years, the scientists found persisting benefits, as follows:

“The WHI’s Dietary Modification Trial has provided women with nutrition and disease prevention insights for some years,” Prentice says.

“The latest results support the role of nutrition in overall health and indicate that low fat diets rich in fruits, vegetables, and grains have health benefits without any observed adverse effects.

Strengths and limitations of the study

The authors also acknowledge the strengths and limitations of their study.

They say that the randomized, controlled design of the intervention and long term follow-up period minimize bias and strengthen the conclusions. Such traits are not common in nutrition research, say the researchers.

However, some of the limitations include the fact that the trial had targeted total fat reduction but did not aim to reduce saturated or unsaturated fat specifically. Furthermore, the researchers did not recommend an increase in whole grains in particular, but grains overall.

The sheer number of new diets and nutrition trends can be overwhelming to people who simply want to know, ‘What should I eat?’ […] While there are many diets that provide short term benefits like weight loss, this study scientifically validates the long term health effects of a low fat diet.